It’s a bad sign when your day off work starts with an early morning. But, if you are planning a visit to The Royal Cheshire County Fair, I highly recommended that dreaded early morning start. After a quick Starbucks stop off we still had a long wait in show traffic before we reached the ground. Wishing I hadn’t ordered the Large Coffee we swiftly headed towards the gates.

The Royal Cheshire County Fair, with the familiar smells of cows to your right, pigs to your left and sheep straight ahead. We have been coming to the show for a good few years on the run, no map was needed as everything is well signposted. We started with the livestock, a good idea considering it was boiling hot and all the tents that featured animals were nice and cool. An impressive display of the sheep shearing gave me some good knowledge to try out on the dogs later at home. The young lads worked quick and precise before educating the audience on the age old tradition.

The Royal Cheshire Show is a good place to look at cars, yes cars (?). As always there was a stronghold of auto-mobiles in the middle of the show ground.

Instead we headed to the main ring and the always exciting Pony Club Games. I highly recommend looking at the games, they are full of energy, some impressive speed and competitive spirit. For those who don’t know what The Pony Club Games are, it is like a sports day for kids on ponies. With games that include passing items to other rides, collecting items and placing them in set places all whilst on a pony and travelling at high speeds. The teams receive points for completing the challenges first, the winning team won a memorial trophy at the end of the games. 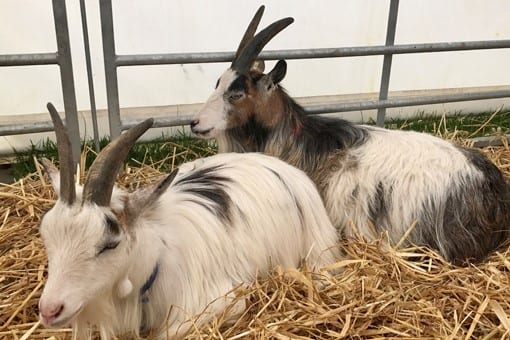 Being proud owners of a LOT of poultry, one of our favourite parts of the show is the poultry tent. Which if you are like us and like seeing the different arrays of chickens, ducks, turkeys and geese, I would recommend you visiting the show on the first day. The second day leaves only the winning birds, pigeons and rabbits. Unfortunately, at this point Mrs Davies noticed the Pygmy Goat Club sign. Luckily for me she couldn’t fit the goat she had gotten attached to under her shirt, though I’m sure if my back was turned, she would have tried. But, I would like to say a big thank you to the lady who took the time to convince Mrs Davies that the best dog to own is an Irish Wolf Hounds. The dog show provides an array of dog breeds from the great to the small but equally great.

The Show arenas hold all kinds of attractions, from the Scots Guard Association Pipe Band, Falconry Displays, The parade of the cattle and one of my favourite attractions, the Huntsman and Hounds. We took a trip down to the have a go clay pigeon shooting, with good incoming targets for first timers, they also had an air rifle range and archery. It was nice to see a wide variation of people having a go at the shooting stand. Talking of shooting, back to work I go with a full week of lessons ahead. The Cheshire show is a good county fair and a good day off. But we are, as always, excited for the year’s supply of Game Fairs.