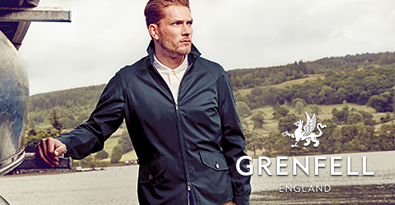 Named after pioneering missionary Sir Wilfred Thomason Grenfell, the British brand began back in 1923. The company produced a ground-breaking technical fabric which was referred to as the ‘wonder cloth’ or simply ‘Grenfell cloth’ and used for men’s premium outerwear. Grenfell clothing collections are designed specifically for the stylish and the adventurous, upholding the highest standards of tailoring and craftsmanship. The Sporting Lodge hand pick a number of jackets and raincoats which we think out customers will love including some expert shooting jackets in various fabrics and styles. Some of the most popular styles include The Harrington, the Shooter and the Golfer.