When it comes to the game season there are few people better to talk to than legendary celebrity chef Marco Pierre White. A passionate and enthusiastic lover of outdoor pursuits since childhood, his passion for British wildlife both in and out of the kitchen are unrivalled. Though getting an interview with him is as difficult as obtaining a Michelin star these days, The Sporting Lodge was lucky enough to sit down for a conversation with the great man to talk about this very special time of year.

The Sporting Lodge: What does the arrival of game season mean to you?
Marco Pierre White: It’s always exciting isn’t it? You have the Glorious Twelfth followed by the first of September where you have the partridge and the duck. Then on the first of October you have the pheasant and the woodcock which is rather beautiful. Working with game is always very exciting. We always hang and pluck our own game, which I think is very good for the trainees in the kitchen to work with. Birds which have arrived in the feather are important because otherwise they come in these polystyrene trays wrapped in clingfilm and it’s just not the same.
You’ve got to know what’s happening and I think to be taught how to pluck a bird beautifully, with great respect, makes a massive difference in the cooking. You have to pluck them with the inside of your thumb and you must always remove the wishbone. You must always do it by hand as plucking machines have a tendency to rip the skin.

TSL: In terms of food, what should we all be looking to eat at the moment in terms of both game and seasonal vegetables?
MPW: At this time of year you’ve got venison, you’ve got the roe deer which in my opinion is the finest deer of all. Savoy cabbage always works very well with pheasant or with partridge as do lentils. All the root vegetables available throughout the winter work very well. Sprouts with chestnuts are delicious, you’ve got braised cabbage, there’s so much to work with.

The best way of eating a pheasant, partridge or a woodcock is the traditional way that the English eat it, which is with bread sauce, breadcrumbs and roasting juices. Roast teal with oranges is delicious, I love roast mallard with apple sauce and roasting juices and in September we start to use the wood pigeon with elderberries. I’m a great believer in keeping game very simple, I like my woodcock served on toast, where you remove the gizzards but roast it with all the intestines inside then chop it all up with some foie gras and serve it on toast, it’s delicious. You can also split the head and eat the brain.

TSL: Which wines would you recommend to accompany game dishes?
MPW: One thing I always say when it comes to wine is to drink a wine that you enjoy. I’m not one of those individual chefs who talks about ‘pairing’. If you want to drink a pint of ale with your roast partridge and bread sauce then fantastic if that’s how you enjoy it. I think English food works very well with a good pint of ale, I don’t think game should always be drunk with wine. I like my game pie, I like my game with a pint of ale. I like my roast pheasant cooked in apples with a pint of cider.

“I THINK TO BE TAUGHT HOW TO PLUCK A BIRD BEAUTIFULLY, WITH GREAT RESPECT, MAKES A MASSIVE DIFFERENCE IN THE COOKING.“

TSL: Do you have a favourite type of game to eat?
MPW: My favourite two birds, well my favourite three… I’ve got four actually, I’ve got loads of them. I do like golden plover, I like woodcock, I like grey partridge, teal’s my favourite duck and I love hare as well, hare is my favourite meat. 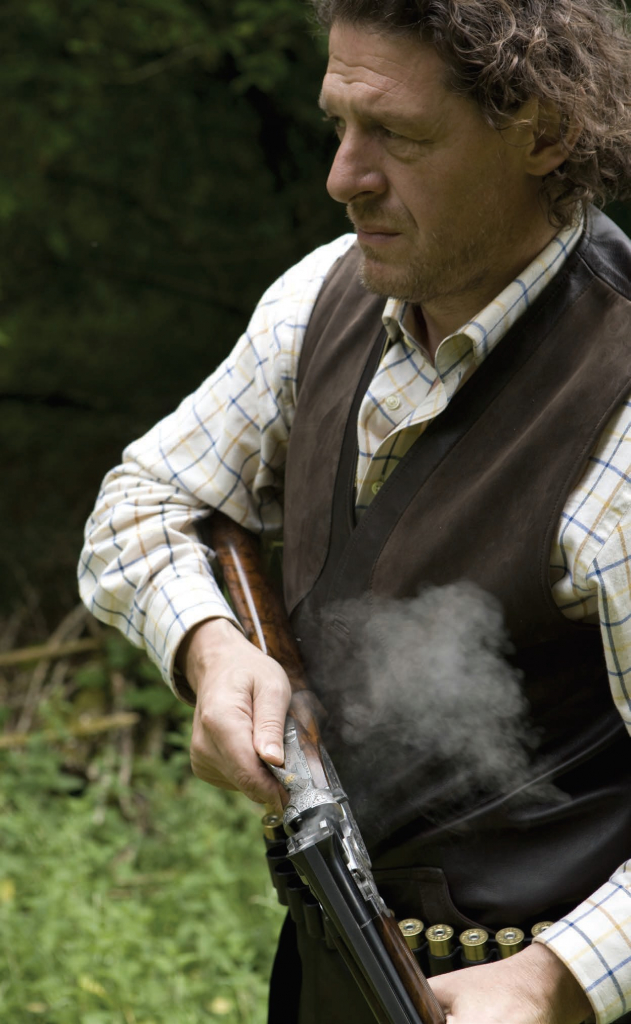 TSL: Do you think cooking with game is overlooked in this country compared to other places such as Italy and France?
MPW: No because if you look at the people who eat game, they tend to be of a certain demographic, they tend to be from the countryside or if they’re from the city then they tend to shoot. They don’t eat game in Italy and France like we do, they really don’t. I know people say we should eat more game but I think we eat more game than anyone else because we produce more of it.

TSL: Are there any of your restaurant dishes that our readers could replicate back at home?
MPW: I’ve never understood people who want to take pheasant off the bone and pan fry it. The best way is always to roast it, and the only type you should roast is a hen pheasant, not a cock bird (use that for something else). So roast a hen pheasant and just have it with bread sauce, bread crumbs and the roasting juices, served with delicious seasonal vegetables.

TSL: Do your menus reflect your passion for shooting especially coming into the winter season?
MPW: They do in the season though I’m not really into driven shooting any more as I’m more into fishing and roe stalking. Though the one thing I do believe in is that if you shoot, you must eat what you shoot.

TSL: Are you a traditionalist when it comes to shooting, in terms of what you wear and what you shoot with?
MPW: Yes of course, I think it’s correct, you have to show the shoot respect, I have a Beretta SO6.

TSL: We heard that you love deer stalking and have a trophy head that you shot, where did you shoot it?
MPW: I’ve got a lot of them, I’ve been very lucky in my life actually in the sense of where I’ve been allowed to stalk but there’s no science to roe stalking really. The secret is just allow them to grow old, it’s as simple as that. I think most people shoot them too young, I don’t shoot roe deer now until after the rut. Firstly a head’s always heavier after the rut, when you shoot them early season they’re almost like coral, by fraying they absorb sap which colours them and they become heavier. Secondly by shooting them after the rut you’ve allowed those dominant bucks to pass on their genes. That’s what I believe and I never, ever, ever shoot big does or ones with two kids.
I’d always prefer to shoot a barren doe when it comes to the doe cull. I suppose I’m completely the opposite to what the purists say as I don’t shoot yearling bucks and don’t shoot dominant bucks until after the rut. When it comes to shooting the does I always look at the size of the doe and their kids. A big doe produces big kids, there’s no science to it, I know people write about ‘the science of roe stalking’ but there’s no real science to it really. 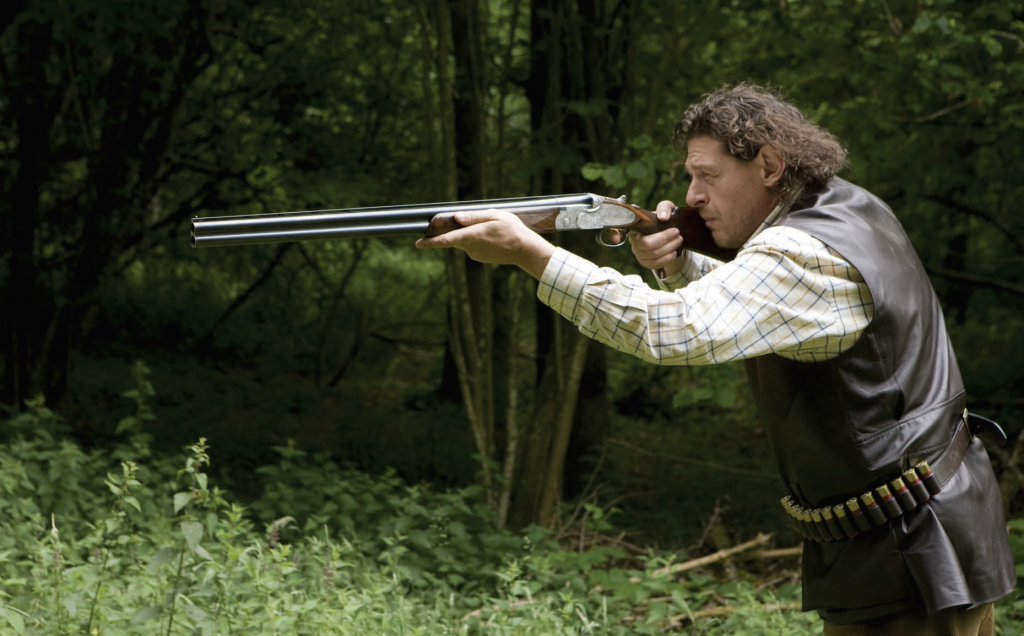 TSL: What type of clothing do you use when outdoors?
MPW: I’m just always in green though I suppose the one that brand we always have in the hotel is Barbour. So if you come to the hotel and you want to go for a walk round the grounds there are always Barbour jackets and wellies available to use.

TSL: Are you a highland or lowland stalker?
MPW: As a roe stalker I only stalk in the home counties, Wiltshire, Somerset, Hampshire, West Sussex. I like places that aren’t commercial, where they’ve got thick hedgerows,they’ve got woodland, they’ve got grass meadows where the roe deer can browse. Small fields, that’s what I like.

TSL: Do you have a gun dog?
MPW: I’ve got a lurcher, I didn’t train him myself as he’s a hotel dog, I just like lurchers, they’re gentle.

TSL: What do you like to eat when you’re out shooting?
MPW: Never. Remember I’m stalking either early morning or in the evening, so I’ll come back and have dinner or breakfast afterwards.

TSL: Where’s the best place that you have shot at?
MPW: My favourite shoot in the entire country is Ashcombe, it’s a very well run shoot, Tommy Speke the keeper is a genius and the birds are killable but they’re of quality and they don’t do large bags.

TSL: What’s your opinion of driven stalking?
MPW: I don’t approve of it, I think the emphasis is on how close you can get to the deer not how far you can shoot it from.

TSL: How often do you go fishing?
MPW: I used to do ‘a lot’ of fishing but now maybe I’ll go half a dozen times a year. I used to do a lot of dry-fly on the chalk streams, salmon fishing on the river Test and on the Avon but now I tend to go back to my childhood favourite which is pike fishing. It’s interesting how I’ve done this full 360 with stalking, with shooting and with fishing.
I’m just much happier stalking after the rut, I’m much happier pike fishing on the Test than I am salmon fishing or dry-flying up stream. It takes me back to my childhood and on the Test very few people pike fish so there’s something rather nice in the winter months when there’s no one else fishing and you’ve got the whole river to yourself.

And with that idyllic image of man and countryside together in perfect harmony our conversation with Marco, like a cosy winter evening drew to an end.


Browse through all our Barbour Posts: