Good friends of the Sporting Lodge and editors of popular menswear publication ‘Proper Magazine’ Mark Smith and Neil Summers recently took off for an expedition up Åreskutan mountain in central Sweden. Both were kitted out in entirely in clothing from Klattermusen, whose HQ happens to lie at the bottom of this imposing mountain. Though already big fans of Klattermusen the lads wanted to see whether the products performed as well as they looked by testing them out in their natural habitat. Neil picks up the rest of the story from here: 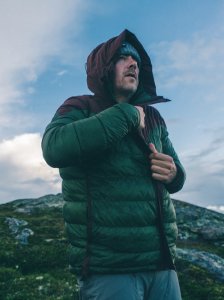 Having worn Klattermusen throughout the harsh environment of a Mancunian winter with absolutely no problems I was pretty sure that it would also be fit for purpose whilst hiking up a big Swedish mountain. Though with the escalators at Piccadilly train station being the furthest ascent I’d achieved so far there was no way of genuinely knowing if it would perform just as well ‘in the field’.

After being kitted out with a backpack, a tent, three different jackets and a bag of cinnamon buns at Klattermusen HQ we started the ascent in bright afternoon sunshine and were grateful for the eventual arrival of some cloud cover after a couple of hours. At this point we dived into our backpacks and dug out our lightweight jackets just in time for some light rainfall before continuing on our quest passing only a lone hiker and a fell runner along the way. By around 7pm we decided to pitch up and make camp on top of a neighbouring mountain whose peak jutted out from the side of Åreskutan which, though easy to get to provided little in the way of a smooth surfaces to sleep on. By this time the temperature had dropped somewhat and with us sitting around preparing and eating food it was time to layer up with down jackets and hats enabling us to as relax and took in the astounding views.

The next morning after a wind-battered night’s sleep and filling up our flasks from a small lake we set out to conquer the rest of the mountain where the terrain became on the whole rockier and gradually more vertical. Despite the odd slip on some rubble and the surprise appearance of some snow we eventually made it to the top of Åreskutan to be treated to an unbelievable panoramic view and a rousing congratulatory speech from our guide on how we had completed a ‘black route’ that few local people ever attempt.

Whilst the trip provided some lifelong memories it also proved even city-slickers can make it up a mountain with the right gear. Klattermusen works perfectly. Though now I’ve proved I can reach the peak it, I’m going to retire from my successful if short-lived mountaineering career, however I’ll continue to brave the fierce Mancunian winters in Klattermusen. 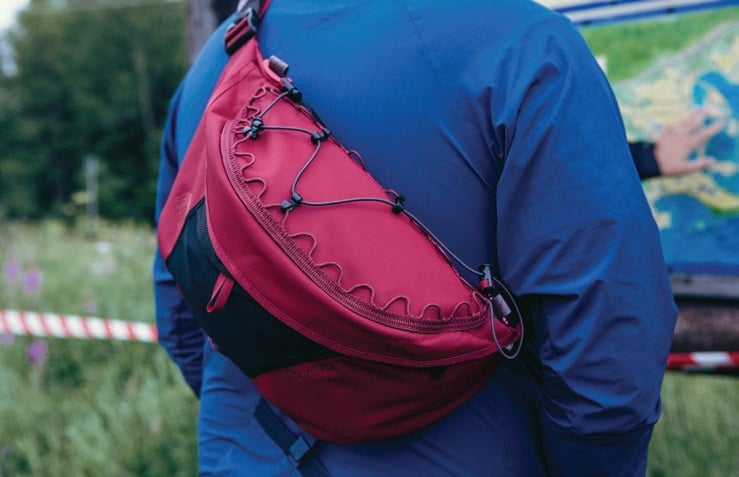