As it’s Game season, The Sporting Lodge has been on a regional quick tour to find the best places to hang up our wax jackets and sit down for some sumptuous seasonal fare. So read onto discover some of the favourite places around for tucking into a quality bit of quarry….

Served on hand-thrown pottery plates made individually for them in nearby Baslow and Sheffield, Fischer’s cuisine is rooted in classical French tradition and uses ingredients to produce exciting, innovative effects and flavours. As well as learning how to taste wine, fly fish or forage for food, guests can also book a seat on the Kitchen Tasting Bench for the ultimate front-row seat of a busy, professional working kitchen. Situated in the centre of their new bespoke kitchen, diners get to observe the chefs up close and personal as they create their award winning dishes. As a recommendation we’d suggest trying the game pie or the wild saddle of venison, though if you’re sat that close to the chefs you may as well ask them yourselves!

A keen shot, Derbyshire-born Sat Bains brings his unique love of flavour to the dishes at his eponymously titled Nottingham restaurant. Providing a broad range of ingredients in its menus and incorporating each of the five ‘tastes’, their seasonal game is sourced from the finest estates across the country. Sat’s favourite dishes will usually involve wild hare in one form or another and he’s very kindly contributed his recipe for his incredible Hare Black pudding for this issue (see below). It’s well worth having a go at, though perhaps once you’ve first sampled it as cooked by the great man himself. 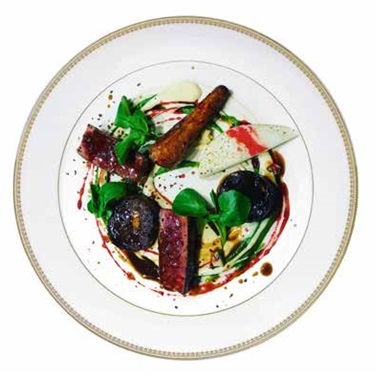 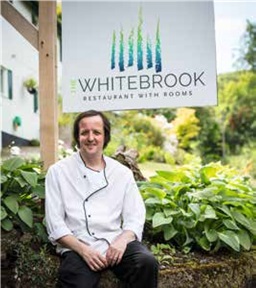 Set within the peaceful surroundings of the Wye valley, every dish at The Whitebrook, from breakfast through to dinner boasts locally sourced ingredients, many of which are foraged within a short distance from the restaurant. Owner of a Michelin star thanks to talented Chef Chris Harrod, the restaurant is also a stone’s throw from Chepstow racecourse for those who like a flutter. After a hard day’s betting we heartily recommend the squab pigeon with forced rhubarb accompanied by a glass of Welsh Pinot Noir from the nearby Ancre Hill estate. 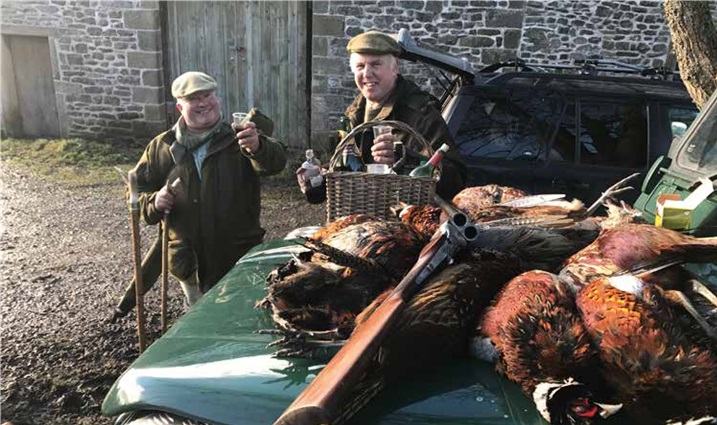 Recently recognised as ‘the best pub in the North’ by the Country Alliance, the Gamekeeper stays true to its Cheshire roots, sourcing local ingredients alongside game the landlord James has shot, himself. With candle-lit tables and a roaring open fire, the welcoming atmosphere is matched by the quality of the food. We heartily recommend their rabbit scotch egg washed down with a refreshing pint of Deer Beer from the nearby Dunham Massey brewery. 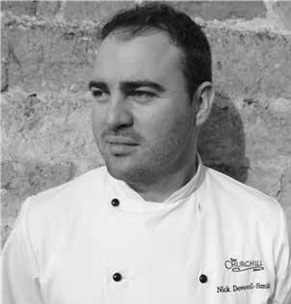 Situated in the village of Paxford in the heart of the Cotswolds, the Churchill Arms is home to world class chef Nick Deverell Smith who learnt his trade under the tutelage of our old pal Marco Pierre White. When not appearing on BBC’s Great British Menu or Saturday Kitchen, Nick can be found at the boutique pub cooking up signature dishes such as his exquisite venison loin with artichoke puree and vichy carrots in a honey glaze. When visiting, be sure to accompany your meal with a drop of their house-ale which is a light session ale that’s rather appropriately called ‘Winston’.