Alan Hinkes is a legend amongst climbers, having been the first and only Briton to have climbed 14 of the world’s highest peaks. Making him part of an exclusive and elite club of only 12 people on the planet who have managed to achieve this feat and lived to tell the tale. Which is pretty astounding when you think that that’s the same amount of people who have stood on the moon. When not climbing Alan works as an outdoor equipment technical consultant and writes and lectures about his death defying exploits. He’s also an accomplished cameraman, photographer, author, motivational speaker, environmentalist and mountain guide. Despite this hectic, globe-spanning lifestyle The Sporting Lodge somehow managed to grab ten minutes of quality time with this ultimate high achiever to ask him some questions about life at the top. 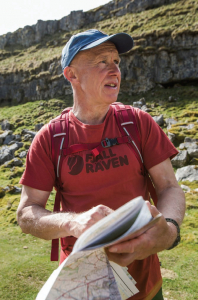 The Sporting Lodge: How did you first get into climbing?
Alan Hinkes: I was introduced to it by the teachers at my grammar school where I grew up in Northallerton and their outdoor activities club which involved lots of climbs up on the North Yorkshire moors and the Lake district.

TSL: What part did growing up in Yorkshire have on your climbing achievements?
AH: We had it tough in Yorkshire, it’s grim up North. I was brought up in a cardboard box in the middle of the road and ate a handful of gravel for breakfast (if I was lucky). So by comparison a tent on a mountain is a luxury!

TSL: What was it that made you decide to climb fourteen of the world’s highest mountains?
AH: It was something I wanted to do as a challenge because it’s very, very, very difficult and the ultimate test of stamina, resilience and determination

TSL: Which of the 14 was the hardest to climb and which was the quickest?
AH: K2 takes the first prize as it is much more difficult to climb than Everest (as is Kangchenjunga) with both being steeper climbs that experience worse weather conditions as well as more avalanches and rock falls. Over 6,000 people have climbed Everest whereas only 300 have made it up K2 and 80 people have died up there. The quickest was Annapurna which took around 17 to 19 days from Kathmandu to the summit and statistically is the most dangerous to climb as it’s very prone to avalanches. I took a new route on the North face and at that point there had only been about 100 ascents and 60 deaths.

TSL: How important would you say is having the right gear for an ascent in relation to being prepared AH: physically and mentally?
Good equipment and attention to detail are equally as essential to being physically and mentally prepared. ‘No mountain is worth a life, coming back is a success, the summit is only a bonus’ is the mantra I use to help keep me alive. Mountain Knowledge and tempering of ambition is key to survival and you have to be just as prepared for the descent as the ascent because most accidents happen on the way down. I get my sense of achievement at base camp once that I know I’m safely back down.

TSL: What’s the one thing that you wouldn’t go up a mountain without?
AH: Bravery pills! (laughs) A torch is useful and a camera.

TSL: How do people react at the moment when you reach the highest peak on earth?
AH: Personally, I take a photo of myself holding a photo of my daughter Fiona as it reminds me that I still need to get back down in one piece. You can only spend five minutes on the summit because you’re in the ‘death zone’ and at the same height that Jumbo jets fly at which isn’t a place that humans can survive in for long. 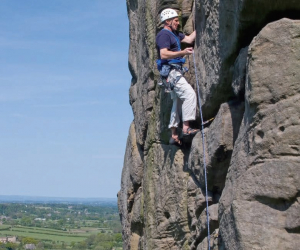 TSL: What’s the nearest you’ve come to not making it back down?
AHYou’ll have to read my book as I’ve had lots of close shaves and near death experiences though you don’t have to go as far as the Himalayas to experience these things. I’ve been caught in avalanches in the Lake District.

TSL: Where is your favourite place to climb in the world?
AH: Either Yorkshire or the Lake District.

TSL: What is your involvement with the brand Fjällräven?
AH: I’m an ambassador for the Swedish brand Fjallraven which means that I get to help them test out their new products and give them feedback. It’s very good equipment that’s durable and spans from lightweight garments to more traditional gear. I also take part in the Fjällräven Classic (a 110 km hike through Swedish Lapland) which is challenging and tough hike but attracts lots of enthusiastic hikers from all over the world.

TSL: Do you have a favourite item of Fjallraven clothing?
AH: Their Eco-Shell jacket and Keb trousers

TSL: What does your next adventure involve?
AH: I’m just back from the Fjallraven Polar Challenge in the Arctic and am now currently busy with filming a biopic all about my life. I’m also heading out on the fells in preparation for a trip out to Nepal in October.

Alan’s book 8000 Metres Climbing the World’s Highest Mountains is available to buy now and his DVD was launched with a premiere in Prem Rheged (nr Penrith). 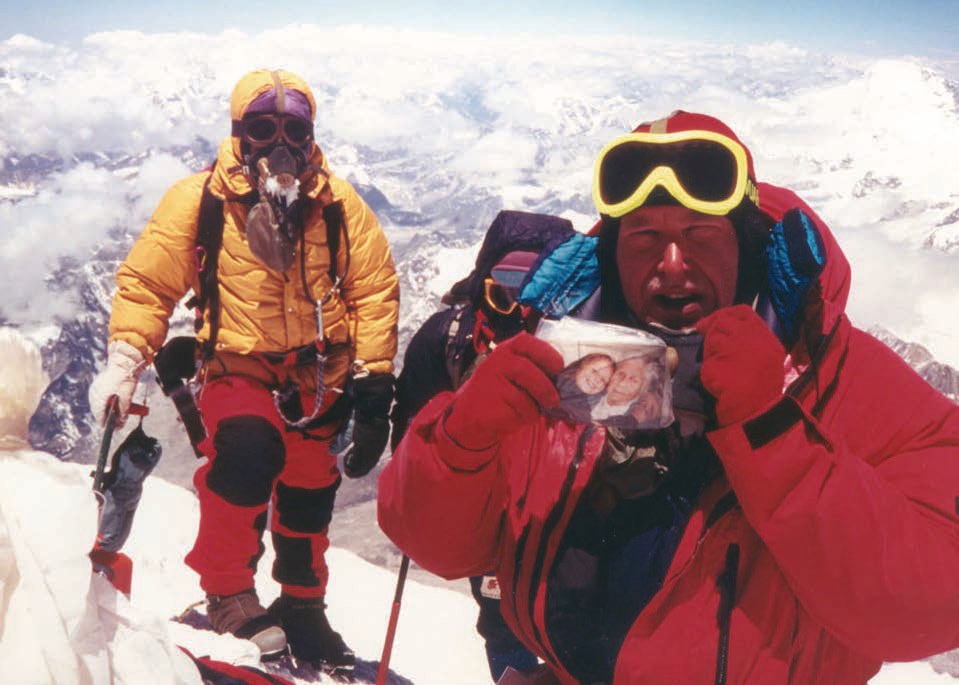